“The equipment was acquired for the Valhall Re-development (VRD) project and was a win-win situation for both the project and the inspection unit,” says Kåre Dale, Valhall senior inspector.

Positive for VRD
“I was of course positive to acquiring the digital x-ray equipment when they contacted me,” says Terje Iversen, Operations Manager VRD. “The introduction of new techniques which can make the work easier and more cost-efficient is clearly called for in the tenets of the VRD project - this is a good investment for BP in the long term,” says Iversen.

Major environmental benefit
“The introduction of digital x-ray generates major environmental benefits,” says Kåre Dale. “The films are developed, or more correctly, scanned in a developing machine which generates digital images. This is a major environmental gain in itself, but the radioactive radiation from x-ray photography is also significantly reduced. We use a radioactive isotope for taking the pictures, and we can reduce exposure rates by 80 per cent and use weaker isotopes and thus expose ourselves and our surroundings to far less radiation. Digital x-ray images can be copied like any other digital image and be distributed by email or attached to our technical reports
- another major advantage.”

German technology at its best
The digital x-ray equipment developed by DÜRR NDT GmbH & Co. KG in Germany and has just been approved for use in connection with industrial radiography EN and ASTM standards.

This means that Valhall and the inspection units have acquired cutting-edge equipment which will be used for welding inspections for VRD and periodical inspections (RBI) for many years to come. 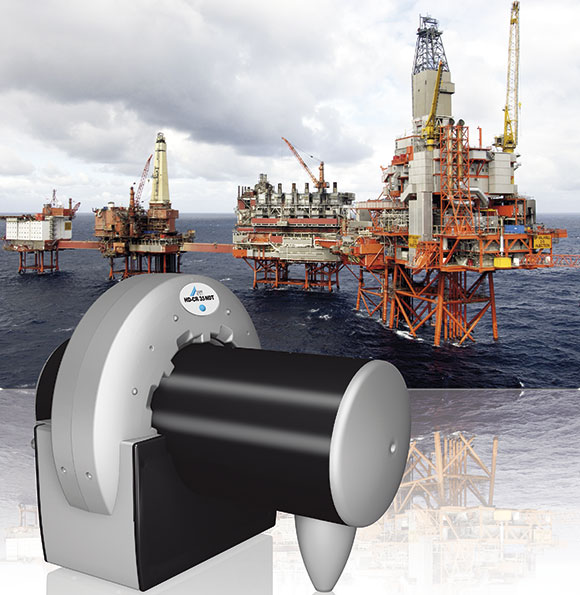