AIRBUS Defence and Space, a division of the AIRBUS Group, specializes in making civil and military aircraft and spacecraft systems. The company has been using the HD-CR 35 NDT image plate scanner by DÜRR NDT since 2009.
“Even the initial trials were very good,” recalls Axel Dörr, responsible for Quality Inspection/NDI at Airbus DS in Hardthausen. In summer 2009, latch valves were inspected for deformation or damage to their internal bellows at the Bremen location of Astrium, as it was then known. “The superior flexibility of the HD-CR 35 NDT and its especially high resolution allied with maximum defect detection convinced us to qualify and approve further propulsion systems with it as well,” says Dörr. 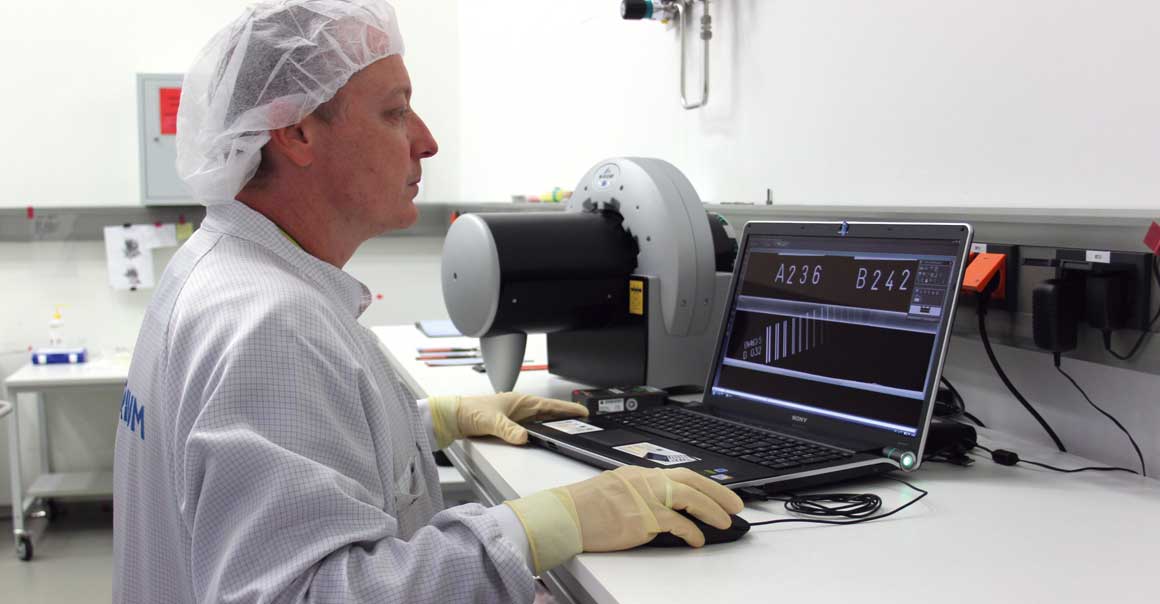 At Airbus DS in Lampoldshausen DÜRR NDT technology has since been applied to inspect the welding seams on propulsion systems for a variety of satellites, including the Eurostar 3000 platform, the Spacebus 4000 platform, as well as the ATV, the supply module for the ISS. Internationally the HD-CR 35 NDT is also used for weld seam testing, for example for Israel’s telecommunications satellites AMOS-4 and AMOS-6, and for Argentina’s satellites ArSat-1 and ArSat-2.

Each year some 8,000 images are captured. “In particular the sequence of individual steps in the working process is optimized compared with conventional radiography,” explains Dörr. Previously 30 to 40 films would first be exposed, which were then developed and evaluated as a batch. “Now we can scan and evaluate each image as soon as it is captured. This significantly simplifies the process.” The HD-CR 35 NDT also offers advantages for testing on location, because no darkroom is needed at the site − a 230V power connection suffices. The scanner has also proved itself very robust for mobile uses. “We have transported it several times throughout the world by truck and aircraft,” says Dörr.

Not only optimal in handling, the quality of the HD-CR 35 NDT is also convincing. “We demand the highest standards in the space business, so we could not simply assume that the image plate scanner would meet our requirements,“ elucidates Dörr. “Only after a comprehensive qualification and numerous comparisons of film and plate scans were we able to conclude that the image plate scanning system is directly equivalent to film radiography. It fulfills our highest expectations. For example, with a single wire IQI in a 1:1 scan W19 is visible and a duplex wire IQI can be resolved to D13 plus.“

Considering the costs of procurement and qualification, taking into account process optimization and consumed material savings, the system pays for itself in only 1.36 years. “For this reason we have purchased a further device,” says Dörr. The new HD-CR 35 NDT+ now provides adjustable laser focus (TreFoc technology) and offers many additional features. Both the original system and the new scanner are in general use every day.
Furthermore, DÜRR NDT has established itself as a reliable partner for Airbus Defence and Space. “The DÜRR NDT support is outstanding,” emphasizes Dörr. “Whenever we have questions there is a professional available to advise and help us, either by remote connection to the system or visit of a technician − although so far it has only proved necessary during routine maintenance.” 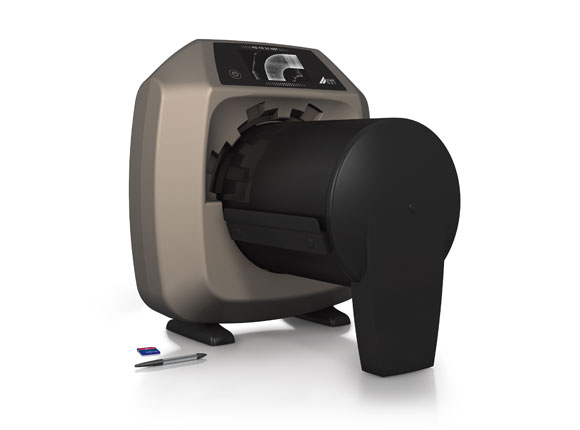